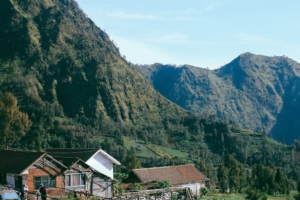 ETS has the comprehensive capability to provide clients the very highest standard of service within Indonesia, primarily Jakarta and Bali, but also countrywide across Indonesia. We have expatriate local resources available to ensure project management and local trusted suppliers of English speaking security drivers and security personnel, including armed security and facilitation of police support and escorts.

ETS is able to ensure that you are secure for either short term or extended periods while traveling throughout Indonesia. We are able to do this due to our ability to provide a robust security package through our different services available to you.

ETS can support all airport transfers with local security drivers and executive protection teams. We facilitate secure airport transfers in Jakarta for a range of clients including Fortune 100 and Fortune 500 companies in Jakarta, and throughout Indonesia. Our security drivers are accompanied by our Executive Protection Officers to provide a low-profile meet and greet service and enable the secure movement to/from airport and hotels. ETS are also able to facilitate Police Escorts subject to availability.

Secure airport transfers and secure transportation in Jakarta and other major cities can be booked online if preferred. Please visit ExecSecure or alternatively, if you would prefer to speak to one of our team, contact us

ETS has been operating in Indonesia since 2014. In this time we have served high profile clients such as Fortune 10 CEOs, and Fortune 500 business travelers and group. We have provided a range of Executive Protection, Secure Ground Transportation, Police Escorts, and Crisis Management response in Jakarta, and VIP Protection in Bali.

The overall political climate in Indonesia is generally considered to be stable. However, protests do happen regularly, normally on key political dates or due to grievances from specific parts of society. Student protests are well documented as an example of countrywide social upheaval.

There is a high threat of terrorism in Indonesia. Terrorist groups have the capacity to plan attacks and have the intent to carry out these attacks across the country. The terrorist groups have proven that they can strike anywhere ranging from government buildings, security officers, bars and restaurants, places of worship, transportation hubs, and tourist destinations. One such example was the 2002 Bali bombing which caused widespread fatalities amongst foreign nationals and locals.

The terrorist groups do not use one method of attack and have utilized improvised explosive devices, suicide bombers, firearm attacks to name some as an example. Additionally, there have been attacks similar to the attack in Mumbai in 2008. On January 2016 Jakarta suffered a widespread assault from various extremists who coordinated bombings, hostage-taking, and suicide bombing which lead to open gun battles on the streets of Jakarta.  It took nearly 3 hours for authorities to regain control of the situation. Unfortunately, there were local and foreign fatalities during the attack.

Despite Indonesia’s security authorities employing tight enforcement of extremist groups the threat of an attack still remain high in Indonesia.  In addition to this travelers should exercise caution when traveling to Aceh, Central Sulawesi Province, Maluku Province, Papua and West Papua Province due to the potential for violence or violent conflict.

Significant risk of street crime and pickpocketing, particularly in busy tourist areas in Bali. Additionally, credit card fraud is common, and it is important to know where your credit cards and valuables are at all time. It is also commonplace for travelers to have their drinks spiked as there have been instances of this happening and in certain situations then being taken to their hotel rooms and robbed.

Natural disasters are also commonplace where the country is subject to regular earthquakes and tsunamis. However, Indonesia does have a tsunami early warning center which has been employed on various occasion. The country also has numerous active volcanoes which can give little to no warning before eruptions.

FAQs For Secure Travel to Indonesia

EXPLORE OUR SERVICES IN INDONESIA