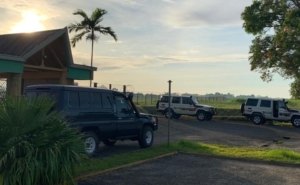 Local tensions and tribal disputes are common throughout PNG and can escalate quickly into violent clashes. Clashes can spark increased lawlessness, including opportunistic crime and property damage. Crime is rife in many areas, especially those frequented by tourists. Business travelers, VIPs vacationing, or NGOs transiting in Papua New Guinea should consider the use of secure transportation services that include armed security and English speaking locals.

In January 2019 PNG and Australia initiated a proposal for a joint task force to combat the developing issue (https://postcourier.com.pg/abel-coast-guard-to-curb-sea-piracy/

Informal reports identify that piracy is on the rise due to the sheer area of coast, and offshore waters to be patrolled and a severely underfunded, undertrained and, and overstretched Police force. The vast majority of pirate issues are not reported, logged or communicated. There is currently a Most Wanted hunt for a renowned Pirate called Tommy Baker who fled police custody and is apparently responsible for a rise of piracy attacks, but these appear to be focused to the South in Port Moresby. Local security professionals identified that Piracy is a low risk off-shore, but informal reports have heard of small boats, skiff type boats (which are very common) moving to vessels at night in hopes of opportunistic crime, which in PNG can turn violent very quickly.

The Royal Papua New Guinea Constabulary were presented with many new water crafts vessels of all sizes from partnering countries for APEC last year, however since APEC vessels have remained dormant as RPNGC do not have funds for fuel or qualified and trained boat handlers. Criminal elements are aware of this and therefore conduct armed holdups etc. and head straight to the water’s edge where their getaway vessel is waiting. A growing trend among criminal gangs today.

With regards to visiting yachts and ships the main threat would not be hi-jacking etc. but more like night time sneak and steal methods. Locals can easily swim to docked vessel and board during cover of darkness in an attempt to steal whatever they can get their hands on. If criminals are confronted or threatened in any way they will retaliate with extreme violence.

Papua New Guinea (PNG) is a high-risk security environment for travelers. Crime in PNG consists of a high number of indiscriminate violent break-ins, hold-ups, muggings, assaults, carjacking’s and sexual assaults. Tribal rivalries and disputes over royalties and benefits from extractive industries motivate violent crime in rural areas. The vast majority of issues are centered in and around the main urban areas.

Security and Crime in PNG

The high crime rate throughout the country represents the greatest risk to foreign travelers. Criminals target both foreigners and locals; the former are liable to be targeted due to their perceived wealth. Robbery and assault are the most often reported crimes.

Carjacking is the most prevalent crime in urban areas, with attacks becoming more coordinated and elaborate. Sexual assaults have occurred during daylight hours in remote coastal and mountainous areas thus traveling in large groups is recommended. Affluent suburbs in the National Capital District (NCD), where sophisticated security mechanisms are in place, have registered one of the highest incidences of crime. Criminals often use machetes and firearms during assaults and thefts; violence is common, often gratuitous, and frequently alcohol-fueled. Violent crime is more prevalent in urban areas, with the majority occurring in the NCD.

Crime in the countryside is often motivated by tribal rivalries and is an indirect risk to foreign travelers. Independent travel in rural areas or visiting isolated public areas such as parks, golf courses and beaches is dangerous. Villagers occasionally issue threats to close parts of a track due to local land and financial disputes. Robberies and assaults have also been reported on the popular Kokoda Track. The lack of response from the security forces compound the security issues faced by visitors in rural areas such as this.

The PNG police, law enforcement and protective agencies are assessed to be extremely weak, vulnerable, underfunded, and extremely liable to corruption.

All security in PNG and the Islands is conducted by Private Security Companies, the PNG Constabulary/Police just don’t have the resources. There are a number of Security companies operating out of Kokopo, approximately 15 min drive from Rabaul, Rabaul township was destroyed during volcanic eruption just over 10 years ago. Locals moved and resettled in Kokomo tow.

Protests can escalate quickly and become extremely violent and should be avoided. Labor unrest and other forms of industrial action are frequent but are generally confined to work sites, ports or the main city, Port Moresby.

Tribal clashes are not uncommon in the country. Local disputes arising from tribal issues and settlement have the potential to quickly escalate into more serious and widespread disturbances. Ethnic hostility continues to exist between migrant settlements in the Highlands and between Highlanders and the coastal populations. The use of hand grenades and other weapons makes such clashes more lethal.

The majority of kidnapping in Papua New Guinea targets local nationals or business people working in PNG. Kidnapping is often violent in nature and rarely successful. The PNG police have limited capability and technology to deal with such incidents and rely heavily on the Australian Federal Police. Travelers and expatriates, who are perceived to be wealthy, are vulnerable to abduction; assailants have previously impersonated police officers or security personnel to win the victims’ confidence or to assume a position of authority. Incidents involving a degree of surveillance and preparation have also been reported. Foreign travelers may also be targeted as a result of perceived acts/insults against local communities or if they are believed to be operating on behalf of a company involved in the extractive industry.

Rule of Law in PNG

While lack of resources has led to a decline in judicial standards, there have been accusations in parliament about corruption in elements of the judiciary, the branch is widely seen to be independent and largely free of corruption; the courts have successfully prosecuted and jailed many parliamentarians and senior officials for corruption. The police force suffers from indiscipline, corruption, lack of suitable equipment, and the use of excessive violence. Criminal gangs operate openly in all the major urban centers and are often better armed than the police.

EXPLORE OUR OTHER SERVICES IN PAPUA NEW GUINEA