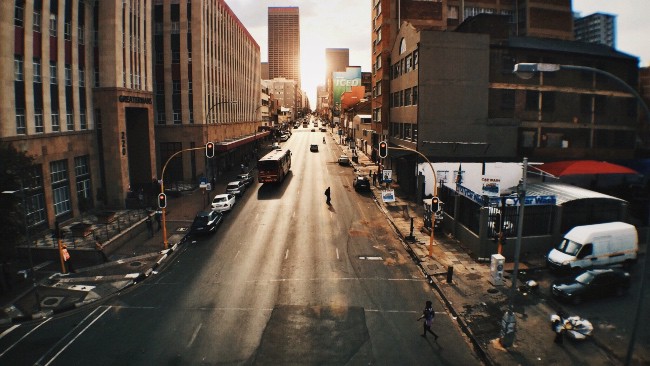 Business travel in South Africa can be challenging due to certain risks that occupy the region however, most visits can be conducted safely with the right security precautions. Before you travel to South Africa, it’s essential to understand the risks.  Not all cities have the same risk level, but generally speaking, due to the unpredictable security situation and challenges during transit, it is necessary to develop a security plan commensurate to risk and tailored to your location and itinerary.

Easy to be Lulled into a False Sense of Security

South Africa is one of the wealthiest regions in Africa; in some parts, the infrastructure and roads are considered similar to that of a developed country. Anyone who has visited Sandton in Johannesburg or walked the beaches of Cape Town can attest to the high standards. However, many areas still struggle with poverty which massively contributes to the high crime levels in the region.

Other issues of concern in South Africa involves the Police and frequent accusations of corruption. Bribes and extortion are common when dealing with some elements within the law enforcement community. There have been reports of extreme assault cases where police have abused women after a routine traffic stop, and also of criminal elements posing as police to gain access to their victim.

Cape Town is a popular destination for both tourists and business travelers; however, according to WorldAtlas Cape Town is considered one of the most dangerous cities in the world.  Violent crime is a concerning issue, and although travelers don’t usually get targeted, it is crucial to understand that certain areas present a higher risk than others.  For example, most of the local nationals of Cape Town live in townships.  Townships are underdeveloped segregated urban areas with high levels of unemployment and poverty.  Gang crime and violence is a daily occurrence in these areas, and where a high percentage of the city’s murders take place.  Mostly, this is a result of turf wars and gang on gang violence; however, being targeted as a foreign traveler is very likely if you were to find yourself passing through these locations accidentally.

Most business travel in Cape Town is conducted with a security driver and SUV, often (but not always) accompanied by an armed Executive Protection Officer due to the high risk.  Having a team of local specialists to facilitate movements throughout the city will ensure high-risk areas are avoided and personal safety is maintained.

Johannesburg is South Africa’s biggest city and capital of Gauteng province.  “Joburg” is home to some of the wealthiest neighbourhoods in Africa, it is also home to some of the most renowned informal settlements in the region. The disparity between socio-economic groupings is quite substantial and likely a contributor to the concerning crime statistics in the city.

Police departments are understaffed with a lack of appropriate equipment to deal with the levels of crime in the city. This means that if you are involved in an incident, the response time to receive assistance could be delayed, or non-existent, which significantly increases the risk to your safety.

Armed robberies, muggings and car-jackings are prevalent, which makes traveling in this region very challenging.  Private security teams always deploy in Johannesburg with an armed response capability, whether that be with an armed security driver or armed executive protection officer for the safety of the client and assignment.

The dangers of rideshare services

Shared taxis are popular amongst more impoverished communities.  They operate along predetermined roads where the drivers have to follow a route.  There is potential for violence along some of these routes due to rivalry between taxi companies, and armed violence cannot be ruled out.  Shared taxis should be avoided as they present an increased risk to your personal safety.

Uber is active in South Africa and for the most part, is considered a safer alternative to taxis.  However, driving standards are minimal, and the amount of due diligence carried out on the drivers is lacking.  Read our article Are rideshare services safe? to learn more about the risks involved when boarding a rideshare vehicle.

The dangers of public transportation

Minibuses are a popular method of travel with the locals in South Africa due to them being a cheaper option. However, these can be dangerous, and road traffic accidents are frequent. Most accidents are a result of low driving standards and lack of driver awareness.  There is also a risk of becoming a target for criminals when traveling in shared vehicles or when waiting at boarding stations. Muggings, pickpocketing and sexual harassment is quite common.

Traveling to and from the Airport

Crime incidents frequently occur on South Africa’s roads – especially at junctions and intersections close to more impoverished neighbourhoods. Other vulnerable areas include major facilitation routes, especially in the vicinity of airports and critical cities.  In 2017, tourists arriving in South Africa were attacked and robbed after taking an Uber to their hotel from the airport.  Crime syndicates have previously identified business travelers and tourists at the airport and followed them on their onward journeys.  A secure airport transfer, coupled with a meet and greet service in the terminal, will significantly reduce the risk.

What are the risks to business travelers in South Africa?

Traveling via road in South Africa can be risky, not just because of the high volume of road traffic accidents, but crime is also prevalent on various routes.  Armed car-jackings are an increasing threat, and travelers should remain cautious.  Criminals use different tactics to target victims.  For example, deliberately causing a traffic accident for theft opportunities, posing as police to gain money in “fines” or even placing obstacles in the road to make you slow down, potentially allowing them to gain access to your vehicle.   Booking an experienced protective service team who are trained to navigate through challenging environments should strongly be considered for business travel in South Africa.

How to improve personal safety in South Africa

Traveling in South Africa with a robust security plan should be your primary consideration.  As with all travel risk management, plans and protocol should be in place before departure.  This should include a detailed risk assessment, arrangement of secure airport transfers and daily movements as required, and travel security training to increase situational awareness and improve personal safety.

ETS Risk Management is a global protective services company that provides travel risk management solutions for a range of Fortune 10, 50 and 500 companies across the world.  Whether it’s a secure airport transfer to support business itineraries, or Executive Protection teams to compliment the clients’ requirement, ETS can facilitate to the highest standards.

Our secure ground transportation services always include a vetted, qualified security driver accompanied by a reliable vehicle.  Both our security drivers and Executive Protection teams complete an online training course, designed by ExploreSecure® to ensure their skillsets meet the requirement.

Please visit www.ets-riskmanagement.com to learn more about the protective services we provide to keep you safe. Services can alos be booked via our online portal www.execsecure.com