An NGO client, focused on preventing unplanned deforestation in the Brazilian rainforest that is being logged rapidly and illegally, approached ETS Risk Management (ETS) to support their objective. ETS quickly established a local network and assisted the client project for over six months.  Specialists were embedded in various roles to act as force multipliers. The local security and logistic teams hired boats, facilitated satellite communications, launched police operations, served as translators, and provided much-needed protection to those vulnerable from loggers and criminals attempting to exploit the land. Through ETS’s support, the project provided legal land-use permits that will result in official land titles for those villages that actively participate in forest protection. 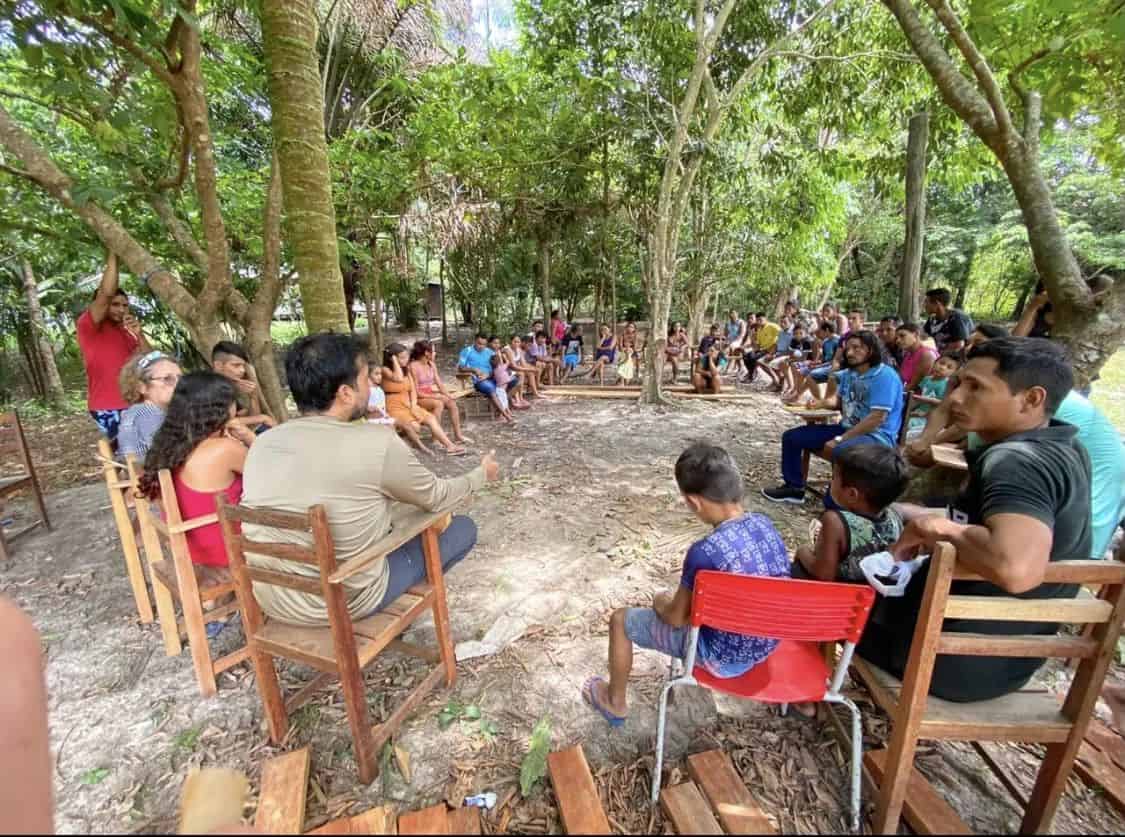 Rainforests are being destroyed at a concerning rate. Researchers estimate over 58 million square miles of forest disappear every year, the same size of a football pitch being lost every second.

Not only does deforestation contribute to the increase in CO2 emissions, but it is the main cause of animal extinction globally.  It is also important to understand that the rainforest plays a key role in the development of modern medicines and is influential in the growth of key food crops.

The NGO wanted to prevent unplanned deforestation in native forests within their operational area. They wanted to work with 80 indigenous families in extremely remote regions of the Amazon rainforest to train them in land stewardship in an area of the Brazilian rainforest that is being logged rapidly and illegally. By ensuring over 368,000 acres of virgin rainforest will never be logged for cattle ranching, the client expects to reduce over 22 million metric tonnes (or over 48.4 billion pounds) of greenhouse gas.

After initial consultations with the NGO, ETS was tasked with risk assessments, a field risk advisory, setting parameters and control measures within the project area, training of local villagers, creating communications plans, along with managing and mitigating risk to local communities from loggers and criminals. Due to the remoteness of the operational area, medical evacuation plans were also drawn up for NGO employees.

On the ground our biggest issues were:

Shown: The CLIENT team along with Bruno, en route to the operational area 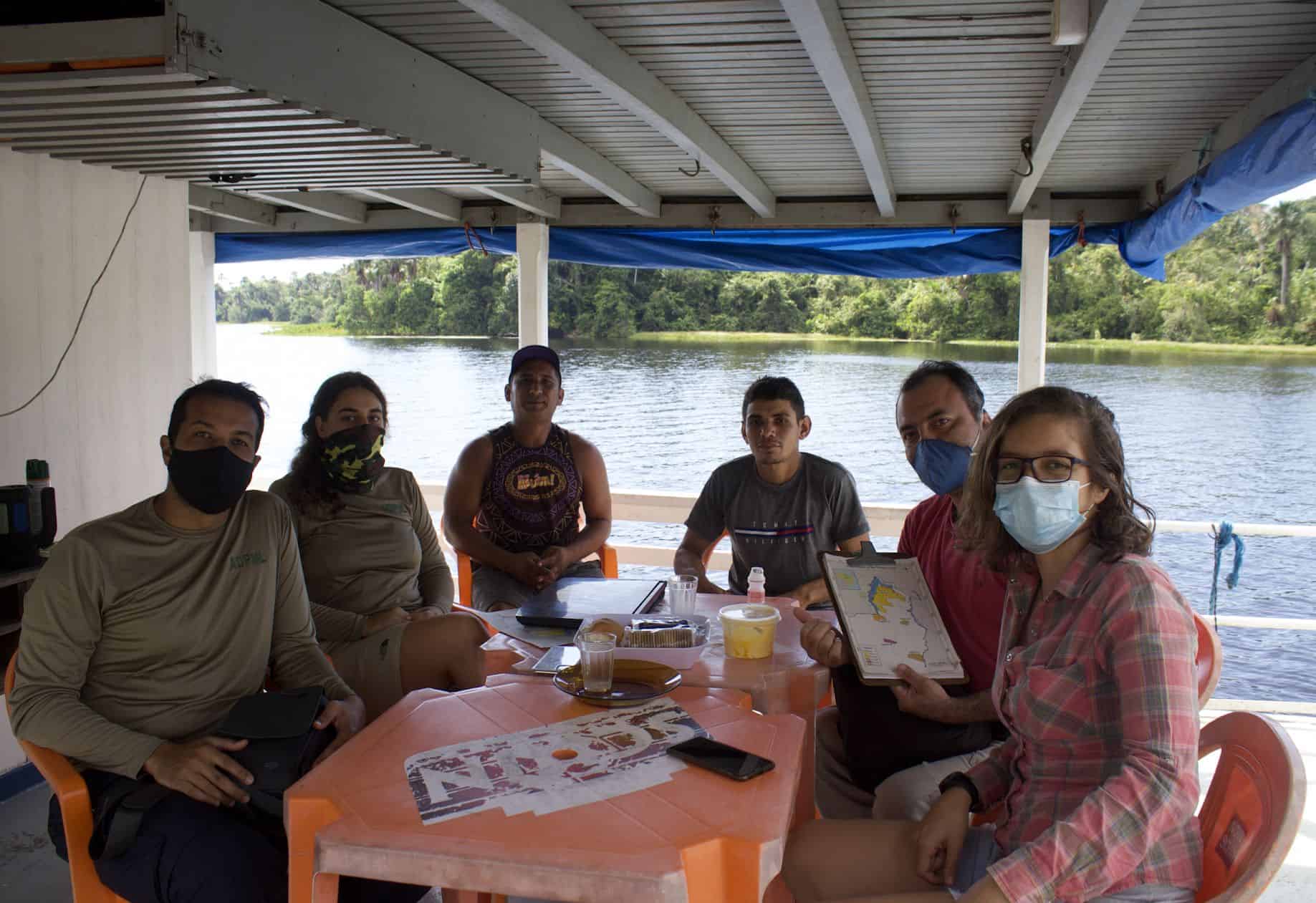 Protecting the rights of Amazonian people:

ETS assisted the client Project over six months by embedding a range of specialists.  A local network was identified within the Para State Government, Local Police Militar Force and the State Environment Agency (SEMA). ETS specialists were embedded in various roles to act as force multipliers. The local security and logistic teams hired boats, facilitated satellite communications, launched police operations, served as translators, and provided much-needed protection to those vulnerable from loggers and criminals attempting to exploit the land. The project’s outcome will see the issue of legal land-use permits, which will give official land titles for those villages; this will result in improved forest protection 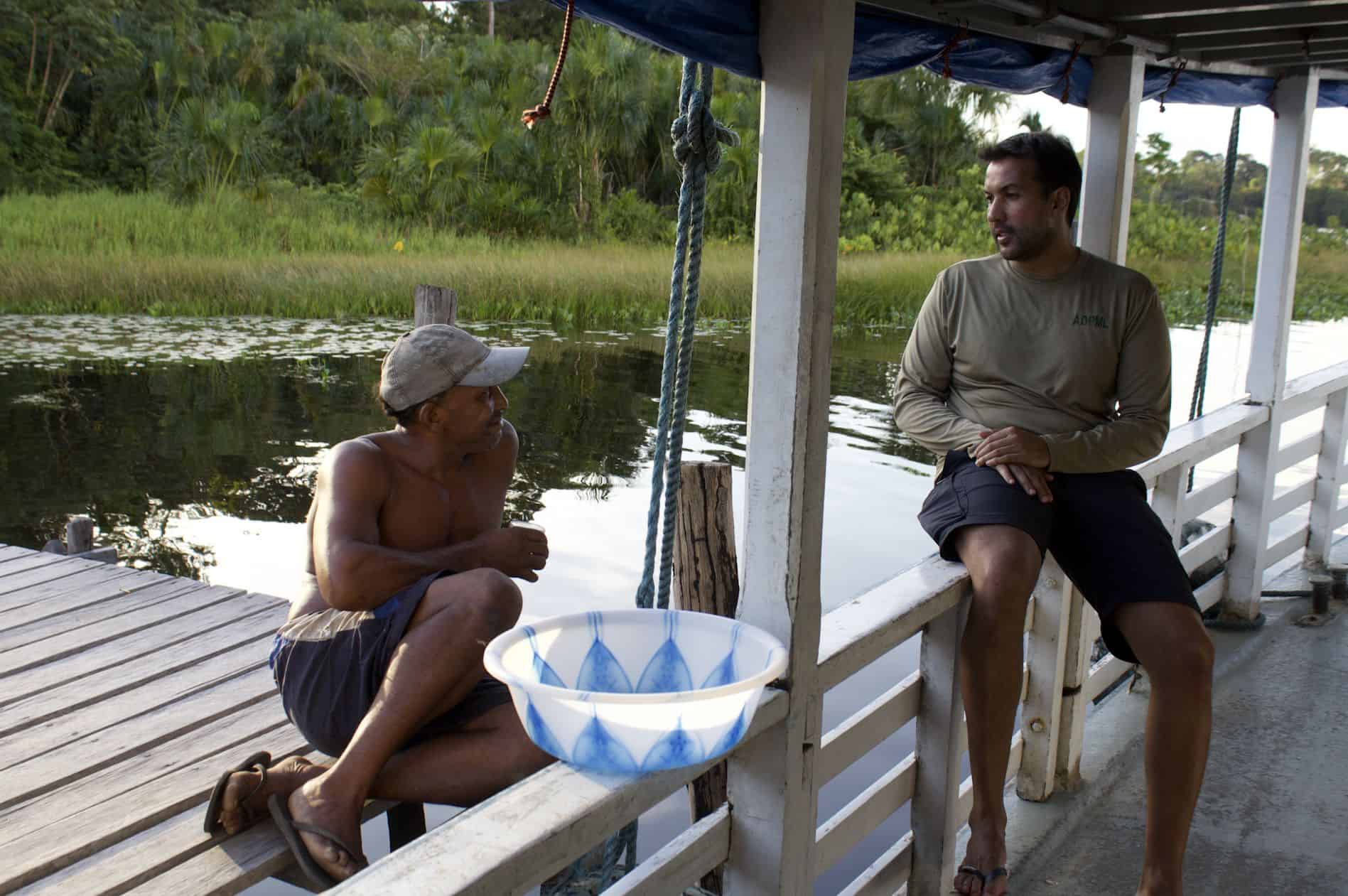 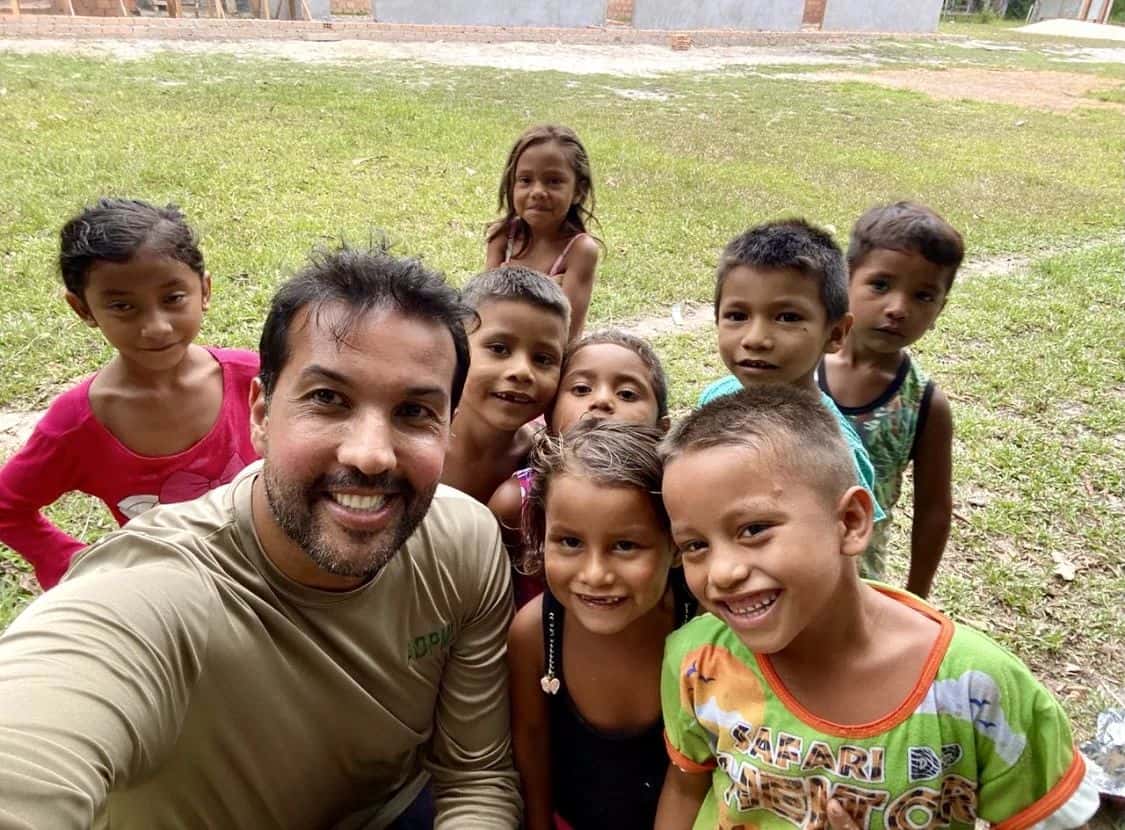 Through funds raised, the project can now continue to improve food security through agroforestry techniques while introducing sustainable livelihood alternatives to local communities. With over 56,000 hectares of land dedicated to these inhabitants, it is expected that each family will receive approximately 140 hectares, and each town will have its own land donated to it.

Loggers use camouflage paint and different types of foliage to cover equipment. Narrow trails are cut under the forest canopy to reach valuable trees, avoiding aerial surveillance. They will also usually transport the logs to sawmills at night. Deceitful brokers have been known to bribe government personnel to provide paperwork that should indicate the wood is from licensed forests.  Logging firms then bring the wood to market with a view that it is legal.

Utilizing ETS’s contacts within the Police and SEMA, along with our local intelligence gathering staff, ETS were able to prove that trees taken from the local area were in fact being taken illegally deforested and all mechanical equipment was able to be seized and the process stopped.

Shown: Portel Police assisting ETS with one of its many operations to stop logging at its point of origin

In partnership with local NGOs, the project will provide capacity building to local families to develop and submit business plans (individually or in groups) to apply for funding to start small sustainable businesses – those that take advantage of non-timber products in the project area, such as the highly valuable Acai fruit. We are also building local capabilities in the use of agroforestry techniques to diversify and secure food consumption while achieving a sustainable production of cassava – used in Farinha production. 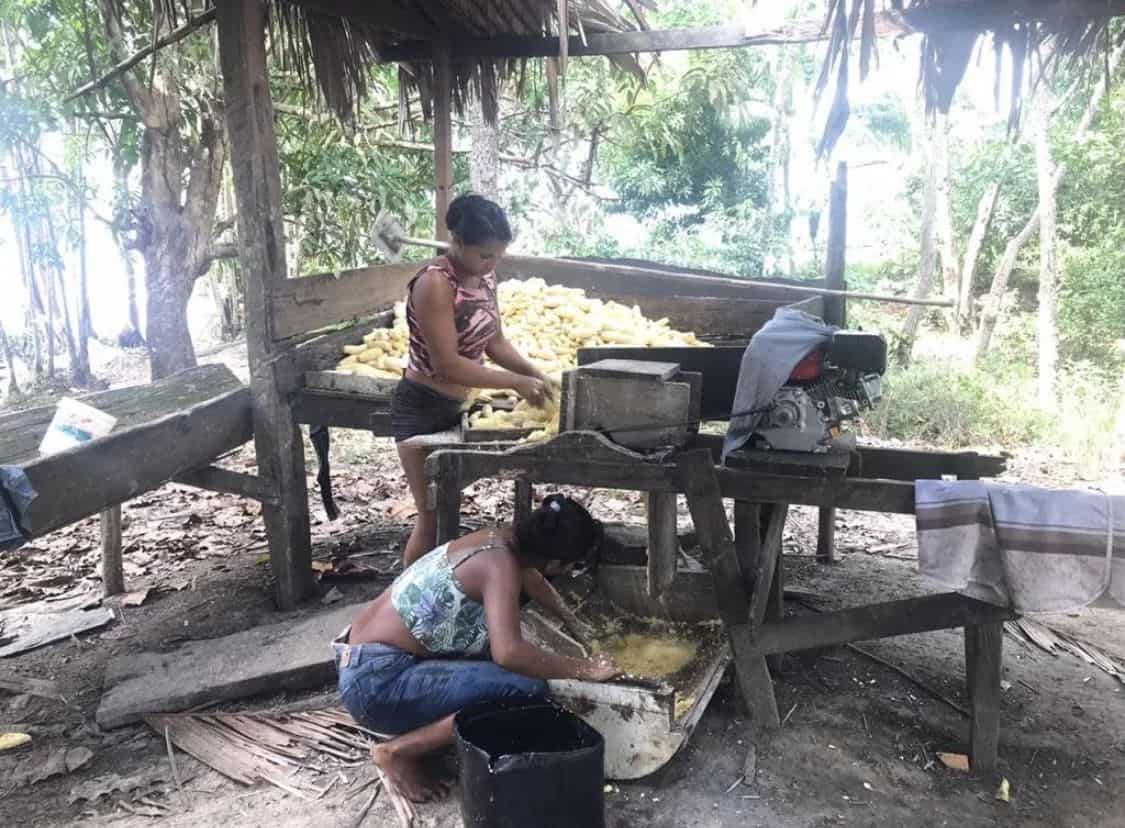 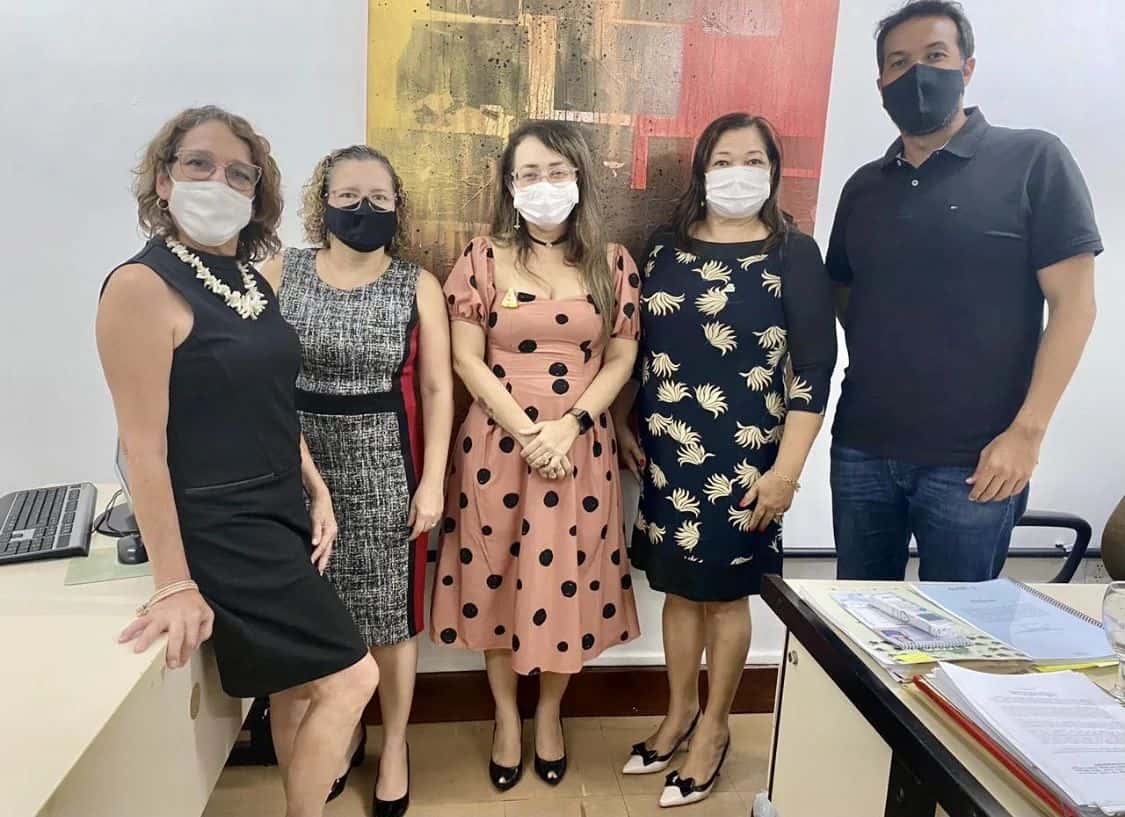 ETS are extremely proud that we were able to positively impact and facilitate our client’s Amazon project and support such a worthwhile cause.

Utilizing our in-country specialists, ETS are able to conduct operations around the globe, assisting with security and logistics. We pride ourselves on finding solutions and have a wide range of experiences and capabilities able to assist client projects in complex and challenging environments.

This case study was written by Darren Aldrich, ETS Risk Management’s Chief Operating Officer, who along with Bruno (ETS Brazil Manager) oversaw and manged the task from inception. Our commitment to the task remains ongoing. Should you wish to know more about how ETS can support your projects globally please feel free to contact us at: [email protected]